Two Rocks and a Hole in the Ground- Chalk, Flint and Chislehurst Caves

A brief history of the first few million years history of these Caves. Round one corner is where they used to grow mushrooms, round another is a secret First World War explosives store, a Druid sacrificial Altar, where shelterers in the Second World War got their tea, or where Jimi Hendrix and Tommy Steele performed. In another dimension you may find Dr Who and some monsters, or perhaps Merlin.

So it's not surprising that there are a few ghost stories, too. 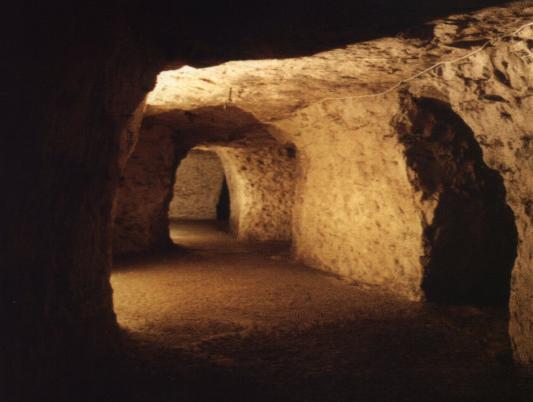 A Place of Safety

Sheltering from bombs during the war, everybody had their favourite refuge.This talk discusses why people took shelter, and reviews some of the options available. Some went to their own Anderson shelter in their garden, or their Morrison shelter which doubled up as their kitchen table, some went to the public shelter down the road, while many went to the London Underground or just a nearby railway arch or a neighbour's cellar.

Thousands of people used to come to Chislehurst Caves each night during the Blitz - and the doodlebugs. They had a hospital, toilets, theatre, church, canteens, newsagent, hairdresser and thousands of bunks. For most, it was a welcome chance for a good night’s sleep. For some, it was almost Home.

Some were lucky enough to get a small alcove, but these were rare. 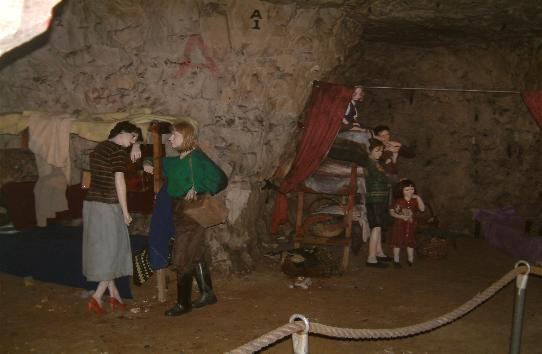 Originally developed in conjunction with a local primary school to appeal to 5-6 year olds, the first group who saw this presentation were inspired to submit an entry based on the Caves to the Chislehurst Society's annual awards in 2007, which won the prize in their class.

However, this format has proved to appeal also to adult group meeting organisers with timing problems. Most presentations are structured with a beginning, middle and end, and are difficult to shorten or lengthen because other speakers or events have over-run or under-run. This presentation is extremely adaptable.

The topics can open out to include local history, fossils, Romans, Celts or Druids, the building of London, art or music in the Caves, World War One or Two, ghost stories - just tell me what you want and I'll try to oblige. 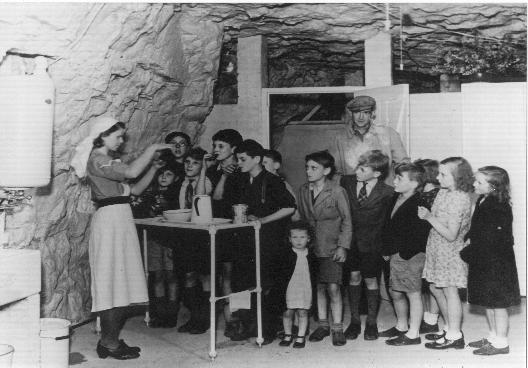 A popular topic with the younger audiences are stories about the children in the Caves during the war. This is a picture taken for the Red Cross in 1940. Children also usually like more details about the episode of Dr Who shot in the Caves in 1972, or the BBC's Merlin from 2009. The Guidedog used to rescue lost visitors in 1910 is a favourite, too!

Adults tend to prefer ghost stories and tales of life in 1940. This presentation can be themed for any group.